Spiritual Warfare: The Why and The What 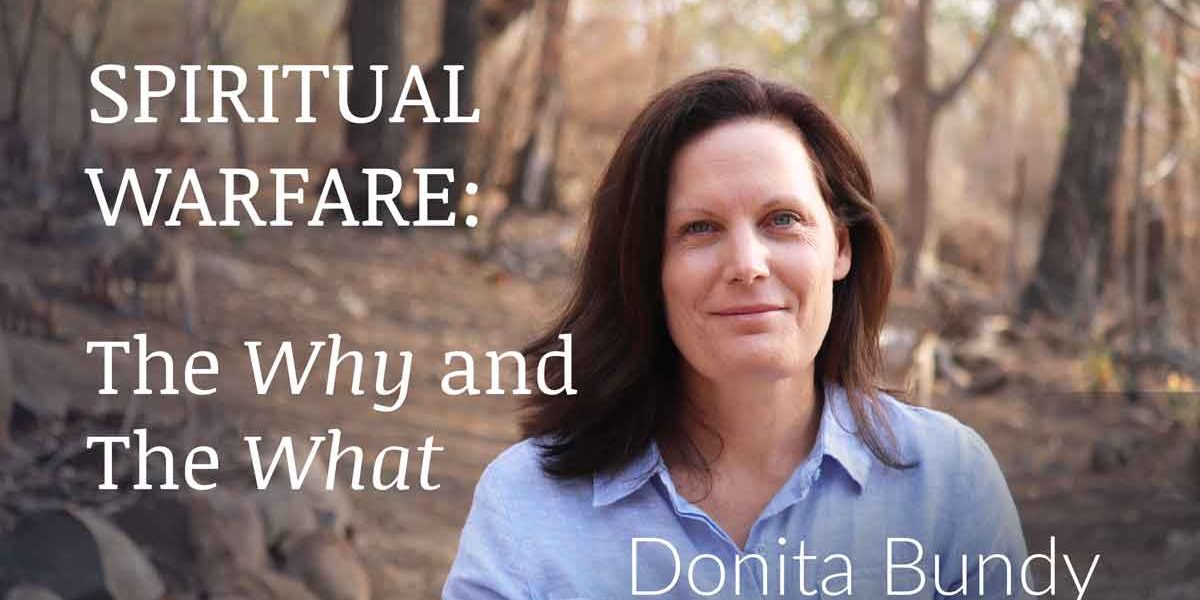 Spiritual Warfare: Why and What

To begin the series, we’ll look at the questions Why and What

Spiritual warfare is the war between God and Satan.

Yes, if he weren’t, none of God’s creation would still be standing.

10 The thief comes only to steal and kill and destroy; I have come that they may have life, and have it to the full.

If Satan had free reign, there would be nothing left. This is our proof that Satan is on a leash.

We can also look to Job.

8 The Lord said to the satan, “Have you noticed my servant Job? There is no one on earth like him, blameless and upright, fearing God and avoiding evil.” 9 The satan answered the Lord and said, “Is it for nothing that Job is God-fearing? 10 Have you not surrounded him and his family and all that he has with your protection? You have blessed the work of his hands, and his livestock are spread over the land. 11 But now put forth your hand and touch all that he has, and surely he will curse you to your face.” 12 The Lord said to the satan, “Very well, all that he has is in your power; only do not lay a hand on him.” So, the satan went forth from the presence of the Lord.

Satan has been conquered, but he is not silent.

If God is all-powerful, why is Satan still around?

For the answer to that I believe we need to go back to the beginning. In beginning God gifted us with free choice. But if we don’t have anything to choose between, free choice is useless.

For us to exercise choice, we need something to choose between. Just like Adam and Eve in the garden. There was only one thing they were told not to do, but it was enough to give them the opportunity to make a choice.

Would they demonstrate their love to their Creator, Provider, and constant companion through obedience? Or would they throw it away and choose what Satan and the world had to offer.

I would suggest that Satan is still around because God is allowing us the opportunity to demonstrate our love by choosing to obey Him.

He only loves you because what you give him.

Take her blessings away and she will curse you to your face.

If God is all-loving, why are we involved?

Last time I spoke, I surmised Jesus baptism wasn’t for the forgiveness of sins. I suggested that perhaps it was His public declaration of His inward choice to die to self and rise in obedience to His Father. The words of his prayer in Gethsemane finding root in every action, priority and thought throughout his ministry:

When Christ rose from the water, the Spirit alighted upon him and from heaven the Father publicly announced,

Now Jesus had publicly declared his allegiance, He was led into the desert and tempted – the battle began. And continued for three years. Every day of which He declared His continued allegiance and love to the Father by choosing to be obedient to His Father’s will.

What’s this got to do with us?

Once more we need to go back to the beginning: our beginning.

By His grace and in His perfect timing, the Holy Spirit stirs and opens our eyes to see into the mirror Garth spoke of last week. Here we see our truth: wretched, doomed and hopeless.

Then, in His love, the Father shows us He has provided an option; a way out.

Next the Son shows us his scars and wounds and invites us to follow Him.

Right here we stand on a precipice. Do we step into the light or stay in the dark?

Make no mistake, Satan is not angry about losing us to the Light. He couldn’t give a continental about us. The issue lies with what has happened within us. When we follow Christ into the river, we too die to self and rise with him.

I have been crucified with Christ and I no longer live, but Christ lives in me. The life I now live in the body, I live by faith in the Son of God, who loved me and gave himself for me.

At this point, our identity as changed, no longer “hopeless sinner”, we are now “child of God”.

We live in His name. We are ambassadors: one who wants to bring honour to His name and speak accurately for Him as an authorised representative. Bodily, Christ is in heaven, seated at the right hand of the Father. But He is also present on earth in His body–the Church.

Wearing our new identity, when the Father looks at us, he doesn’t see us as we were. He sees us in the righteousness of Christ. But so too does Satan. And as much as Satan hates Jesus, now we are in Chirst–bearing His name, wearing His righteousness, in dwelled by the Spirit of God–he now hates us just as much.

Even though it’s personal, it’s not about us

Satan is not at war with us, he is at war with God. But when we exercise our gift of free will and choose to obey God, we come into his sights. We have aligned with his enemy and chosen to become soldiers in the war against him.

Satan hates us because our new identity is “In Christ” and our role is His representative: one who wants to bring honour to His name and speak accurately for Him.

If we choose to do this because of all the blessings, then when the testing comes, Satan will be proved right. Our devotion and choice only go as far as the gifts; when push comes to shove, we’ll tap out.

However, if our choice to Follow Jesus is based on love, it doesn’t matter how much we’re squeezed, we’ll stay true. And God will be glorified.

Just like Job, in Spiritual Warfare, we are the battle ground. But also, just like Job, we know Satan is on a leash.

13 No temptation has overtaken you except what is common to mankind. And God is faithful; he will not let you be tempted beyond what you can bear. But when you are tempted, he will also provide a way out so that you can endure it.

We may not understand God’s decisions or know Him fully. But what we need to know he has made known. He is love.

9 But you are a chosen people, a royal priesthood, a holy nation, God’s special possession, that you may declare the praises of him who called you out of darkness into his wonderful light. 10 Once you were not a people, but now you are the people of God; once you had not received mercy, but now you have received mercy.

God is a good parent. He doesn’t just drop us off at the edge of the battlefield and tell us to come home when we’re finished. Our Father knows we’re weak. He acknowledges it’s His war, and He understands it’s not about us. So,

4 … the Lord your God is the one who goes with you to fight for you against your enemies to give you victory.”

Even though we’re in the war, God fights for us … if we choose to let him.